Fresh Fruit is Appearing in the Farmers Markets, Time to Make Fruit Infused Vodka: Men Who Like to Cook – David Latt 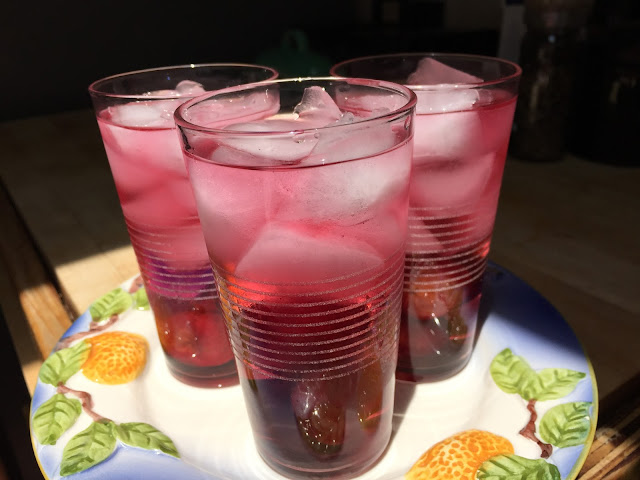 Last year at this time I read an article about umeshu, Japanese plum wine. Marukai, a Japanese market, with a store in West Los Angeles on Pico near Bundy, mails a magazine-style newsletter with the store’s weekly specials. The opening article each month has an explainer about a particular Japanese food or cooking style.

The article last year described how to turn ume (Japanese plums) into umeshu. The process was simple. Buy ume, wash them, pull out the little stems, place in a large glass jar, add Japanese rock sugar and a large bottle of vodka, put in a cool dark place and come back in a year. 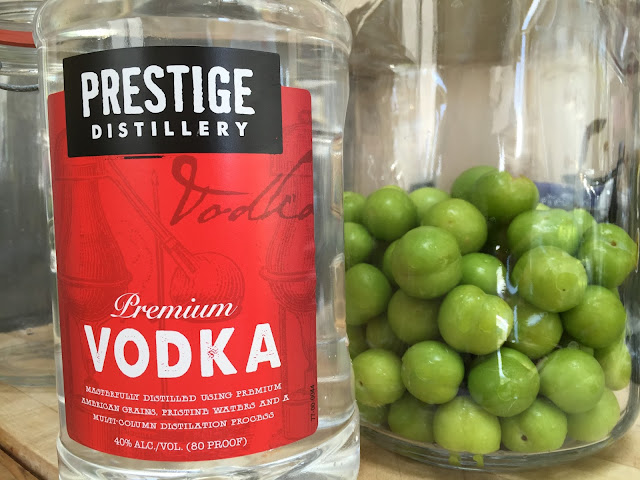 Now I was on the hunt for ume which have a short season. I found them at Marukai and downtown at a farmers market near the Los Angeles Public Library Main Branch. 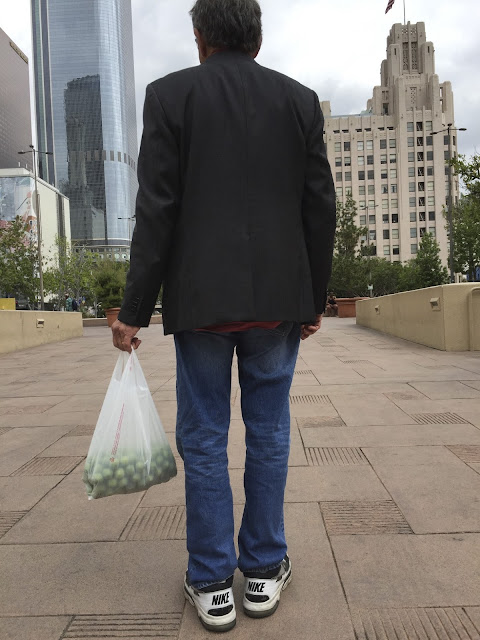 Because I had made Limoncello, the idea of waiting a year seemed so cool. I don’t know why but waiting that long appealed to me. And the added benefit of putting out very little effort added to what seemed like fun. 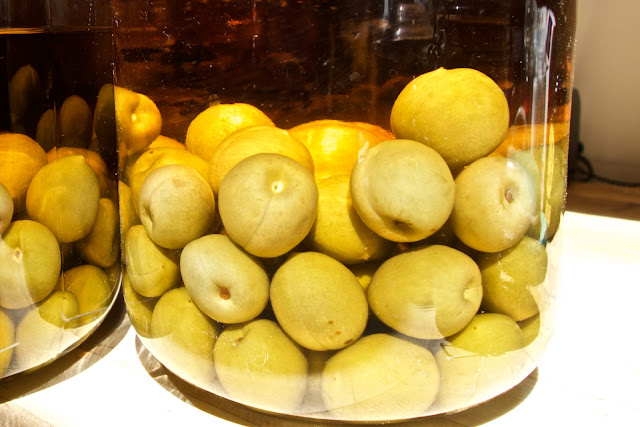 When we visited Yabu, down the block on West Pico from Marukai, I told the waitstaff we see all the time that I was going to make umeshu. They loved the idea. It turned out umeshu is a liquor traditionally made by grandmothers.

I brought them a bottle of the umeshu and every time we came in during the year they asked if it was time to drink the umeshu. Not yet. Last month it was a year. Time to celebrate.

What they also told me was that after a year bathing in the vodka, the hard green ume would become sweetly edible. 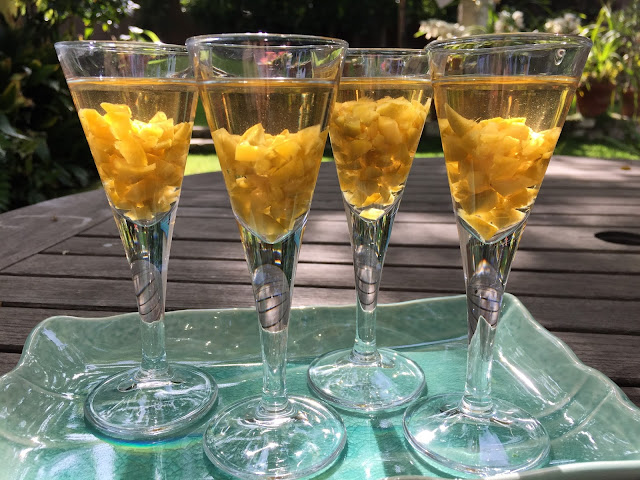 Serving the fruit with the liqueur is a nice touch. Kind of an alcoholic fruit punch. I wrote about making sangria with chopped up fruit, so I’m continuing the idea with umeshu.

For Zester Daily I wrote about how to make cherry infused vodka and umeshu. The recipes are there. Enjoy! 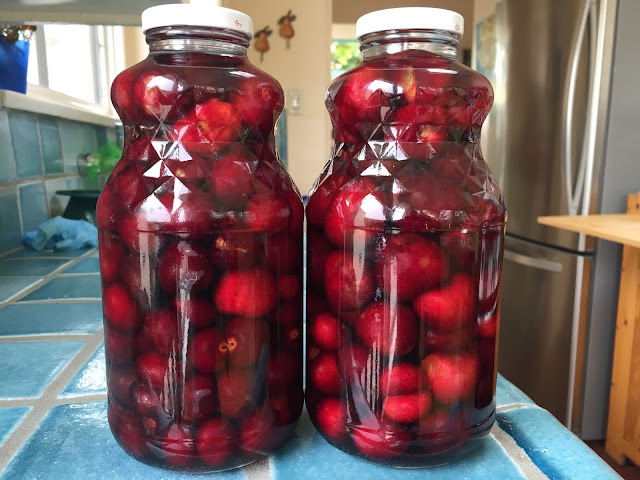 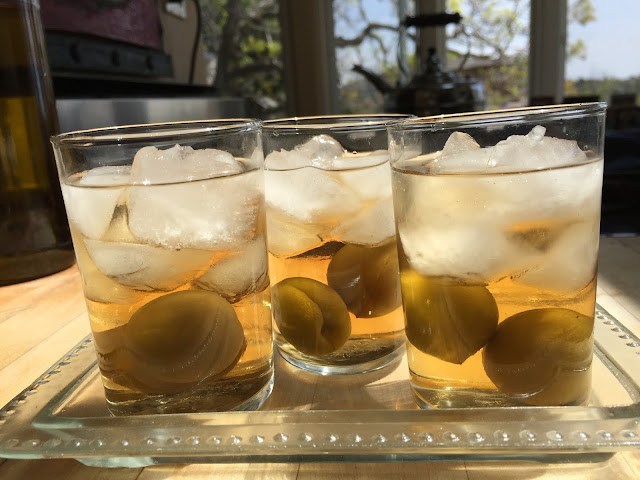