Juli Soler, a restaurateur who put Ferran Adrià in charge of the kitchen at El Bulli in Catalonia, Spain, and helped him transform the restaurant into one of the most innovative centers of gastronomy in the world, died on Monday at his home in Rubí, near Barcelona. He was 66.

Mr. Adrià announced the death in a post on Twitter on Monday. The cause, reported in the Spanish press, was degenerative nerve disease.

Mr. Soler became manager of Hacienda El Bulli, as it was then known, in the early 1980s, when it was one of Spain’s few Michelin-starred restaurants. He removed the “Hacienda,” which he hated, and hired a talented, modern-minded young French chef, Jean-Paul Vinay, who added a second star to the restaurant in just two years.

When Mr. Vinay left to start his own restaurant in 1984, Mr. Soler began looking closely at a young chef he had hired as a line cook, whose ferocious work ethic and creative streak intrigued him. 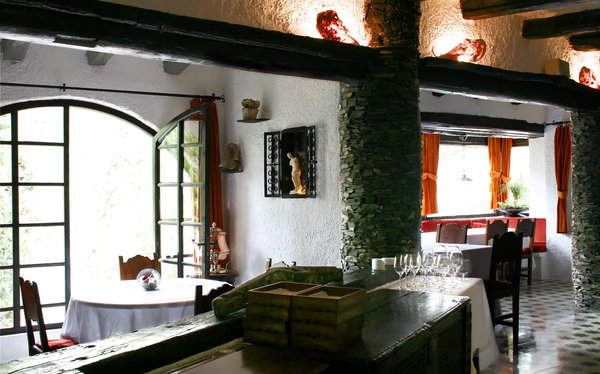 El Bulli, on the north coast in Catalonia, was considered the most daring and influential restaurant of its time.
JM ZABALA MADINA FOR THE NEW YORK TIMES

“Ferran was Frank Zappa,” Mr. Soler, a passionate rock ’n’ roll fan, told Colman Andrews, the author of “Ferran: The Inside Story of El Bulli and the Man Who Reinvented Food.”

Within 18 months, Mr. Adrià was head chef, and Mr. Soler turned him loose to experiment wildly in the kitchen. In 1990, when he and Mr. Adrià became joint owners of El Bulli, the two began using the restaurant as a base of operations to develop a host of new ventures and experiments that sealed El Bulli’s reputation as the most daring and influential restaurant of its time.

“Without Juli, El Bulli would not have happened,” Mr. Adrià told the Madrid newspaper El País. “He invented the concept of the modern dining room, of a dynamic restaurant that was comfortable and informal.”

Joan Roca, the chef at El Celler de Can Roca, told the newspaper: “Without being a chef, Juli was one of the most important and influential figures in Spanish and global cuisine. He was a seer.  It was he, together with Ferran, who invented El Bulli’s magic.”

Juli Soler Lobo was born on May 31, 1949, in Terrassa, north of Barcelona. As a boy he worked as an apprentice waiter at a small spa hotel where his father was the headwaiter. He later helped his father run a factory canteen and worked front-of-the-house jobs at several restaurants.

As a rock enthusiast who rarely missed a Rolling Stones concert, he ran a record shop for several years in the 1970s and helped a friend open a discothèque before landing an interview with Dr. Hans Schilling, who owned El Bulli with his wife, Marketta.

“The doctor seemed to like my plain-speaking explanation of how, as far as I was concerned, the most important thing was for people to have a good time, and that they also knew how to do so,” Mr. Soler wrote for the El Bulli website. “However, my worldly wisdom and experience of fine food and wines, and even knowledge of the trade, were not up to par, even for a beginner.”

Mr. Soler embarked on a tour of self-education that took him to the finest restaurants in France, Belgium and Germany. He developed into a renowned expert on Spanish wines.

After El Bulli closed in 2011, Mr. Soler, often described as “the soul of El Bulli” and credited as co-author of many of Mr. Adrià’s cookbooks, served as honorary president of the El Bulli Foundation, a kind of culinary think tank. He stepped down a year later because of declining health. He is survived by his wife, Marta; a daughter, Rita; and a son, Pancho.