The Key to Soupe au Pistou: Lots of Vegetables – NYTIMES 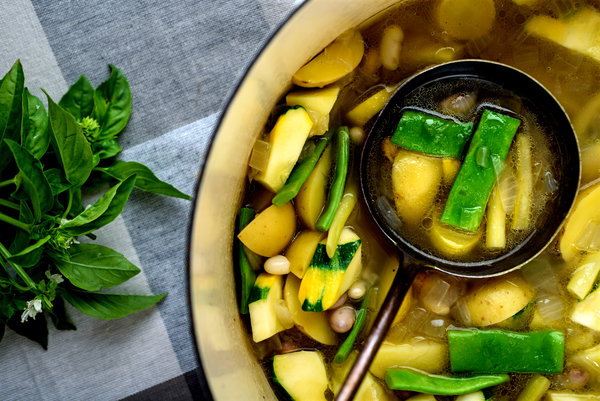 AUGUST 28, 2015
City Kitchen
By DAVID TANIS
My first experience of soupe au pistou, that vegetable soup from the South of France, was in a freezing cold Paris garret. From a can, in the middle of winter. It remains one of my warmest and most nourishing memories.

A shivering winter tableau, however, is not at all what usually comes to mind when one thinks of soupe au pistou. Sunlight, the blue Mediterranean, aromatic basil and garlic in a stone mortar, and a chilled bottle of rosé: that’s a more likely image.

American Francophile cooks in the last century learned this soup, along with dozens of other French classics, from one food authority after another, from Julia Child to Richard Olney to Paula Wolfert. The common wisdom is that the Provençale soupe au pistou and the Genovese minestrone al pesto are, in essence, twins separated at birth.

To be sure, much of the cooking in Nice resembles the food just across the Italian border. Pesto in Italy is a pounded mixture of basil, garlic, cheese and pine nuts. On the French side they leave the pine nuts out, and sometimes a small tomato is added instead. But given the size of Provence, pistou, as the soup is called, has at least as many regional variations as there are villages. 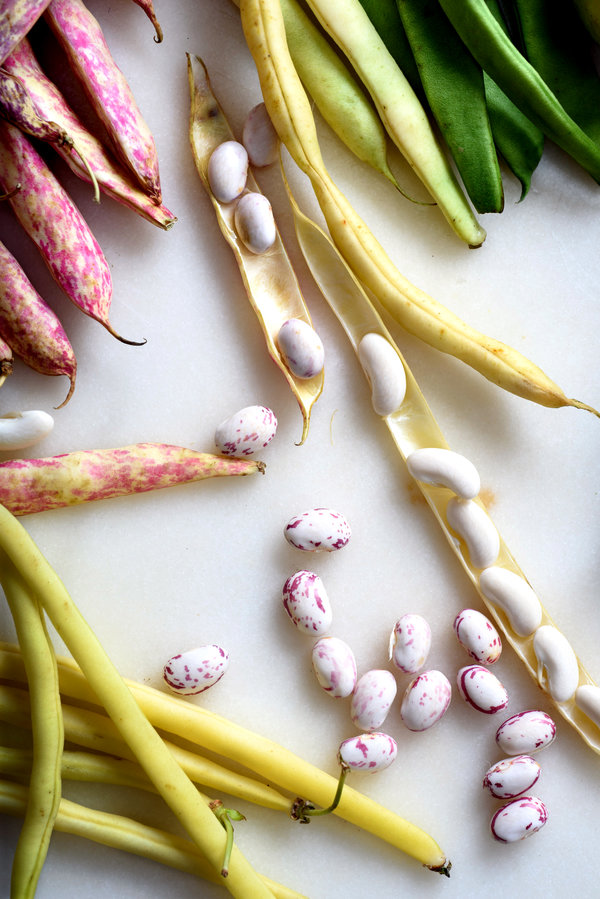 A friend of mine who lives in Cannes makes a spectacular version. “It has to have a lot of vegetables,” he says.

In his view, fresh summer shelling beans (or dried cannellini or other white beans), green beans, onions, leeks and zucchini are always included. Chopped tomatoes, only sometimes. Diced carrots and potatoes, usually, but not always. Cubes of pumpkin or other large squash, frequently. And as for adding small pasta or rice, his mother did, but he doesn’t.
To me, soupe au pistou is the epitome of summertime bounty. When ripe summer vegetables are at their peak, they are so flavorful I find no need to use a meat-based broth. To keep the soup green and fresh looking, I cook some of the vegetables separately and add them to the pot just before serving.

Die-hard traditionalists with tell you that a stone mortar and pestle are the only tools to use for pistou, insisting that hand-pounded basil is superior to machine-blitzed. Even if I agree in principle, occasionally my mini food processor does the job just fine. 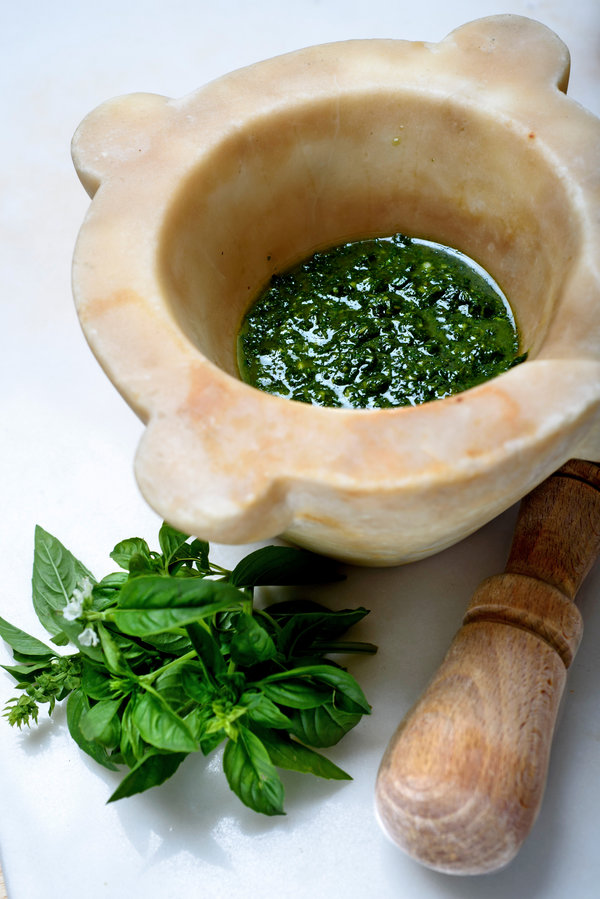 Die-hard traditionalists use a stone mortar and pestle for pistou.
KARSTEN MORAN FOR THE NEW YORK TIMES

However you do it, make the soup, stir in the green garlicky elixir and enjoy its bright sunny character. In the garden, under a shady fig tree.

But should you find yourself in Paris on a cold December evening, know that there are options.